OTJIWARONGO, NAMIBIA (2 March 2018) — Cheetah Conservation Fund (CCF), the leading organisation dedicated to long-term cheetah survival, is pleased to join the United Nations and many other organisations around the globe in marking Saturday, 3 March as the 6th Annual World Wildlife Day. A day dedicated to wildlife and intended to bring attention to the plight of wild animals on our planet, this year’s theme is “Big cats: predators under threat”.

“Cheetahs, just like lions, tigers, leopards and jaguars, are facing multiple threats to survival. But cheetahs are the most endangered of all big cat species in Africa, and they are disappearing at an alarming rate”, said Dr Laurie Marker, Founder and Executive Director of CCF. “Over the last century, we’ve lost more than 90-percent of the world’s wild cheetah. If we don’t do something now, cheetahs could become extinct during our lifetimes”.

In Namibia and in many other parts of Africa, cheetahs are threatened by conflict, habitat loss, loss of prey, poaching and the illegal trade. Most of the problems are caused by human activities. To counter, CCF has developed a holistic approach to conservation, considering the needs of people, livestock and wildlife sharing the landscape. In Namibia, CCF’s programmes help people and wildlife co-exist. 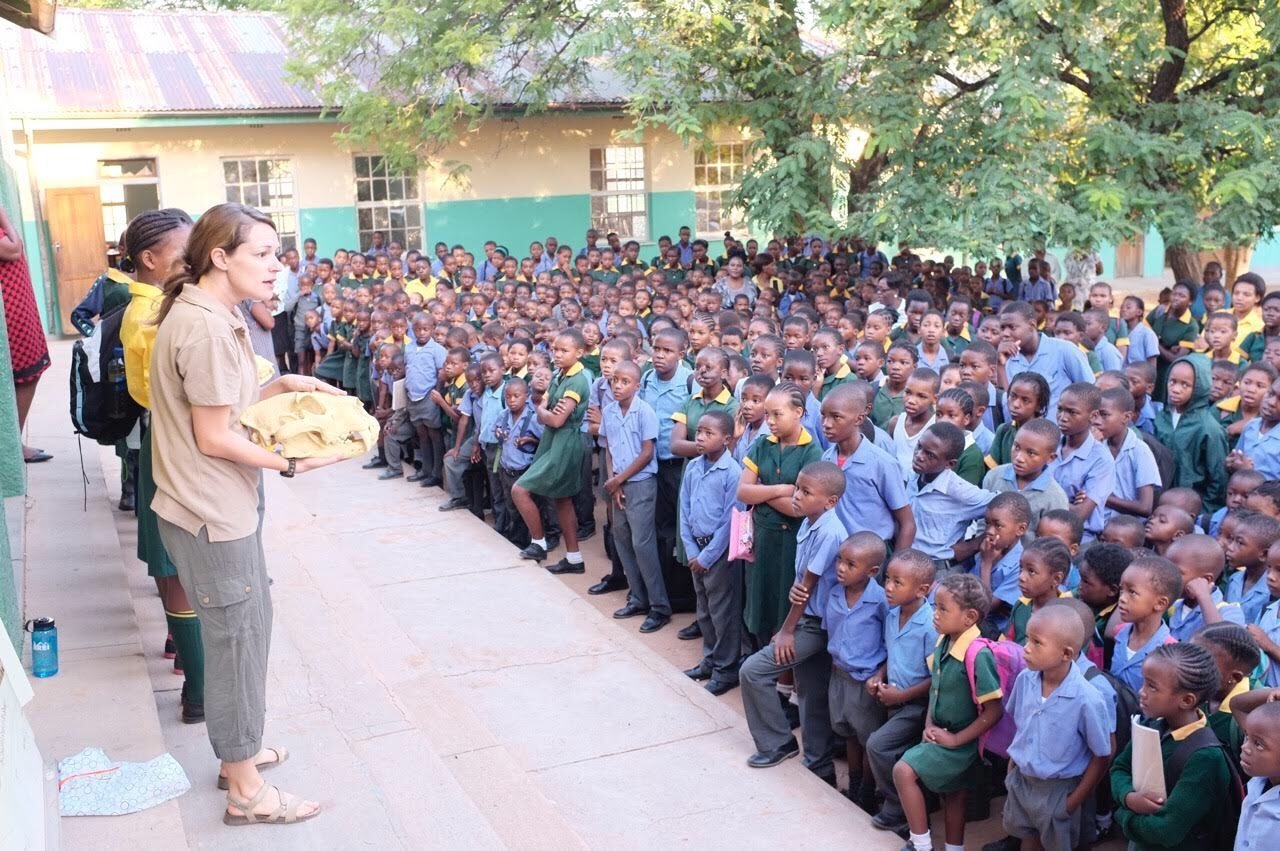 Education Can Make the Difference

CCF deploys a range of programmes to successfully conserve cheetah, utilising tactics rooted in science and data supplied by its own research teams. CCF’s Future Farmers of Africa trains Namibian men and women in integrated livestock-wildlife rangeland management. The course develops rural livelihoods by training farmers in how to best manage their rangeland, livestock and wildlife to reduce conflict with predators. CCF instructors explain how to increase profits by providing livestock with basic veterinary care and how to protect cattle during calving seasons. To reduce conflict, CCF places CCF Livestock Guarding Dogs with farmers to serve as non-lethal predator control tools. Farmers with CCF dogs are less likely to have conflict with cheetahs, and they report a decrease in predation losses ranging over 80 percent.

Each year, thousands of young learners are impacted by CCF’s Future Conservationists of Africa presentations offered in schools and onsite at its Field Research and Education Centre near Otjiwarongo. By teaching students about wild species from a young age, they are more likely to grow up and become conservationists and stewards of wildlife.

CCF also builds capacity in rural communities, training residents to become eco-tourism guides and artisans that produce hand-crafted jewellery and art to sell to tourists. By educating people and proving economic value in having wild cheetahs as part of the landscape, CCF has helped reduce the decline of cheetahs in Namibia to human wildlife conflict. However, the cheetah population is still on the decline due to a variety of factors including habitat loss and fragmentation and conflict with larger predators in the landscape.

“World Wildlife Day 2018 provides an opportunity to raise awareness for the plight of the cheetah and rally people’s support for this iconic big cat. I invite everyone to visit CCF to learn more about the cheetah and the programmes we’ve developed to help save them. We hope you will join us in the fight to save the cheetah, so we all can enjoy this majestic creature for generations to come”, said Dr Marker. 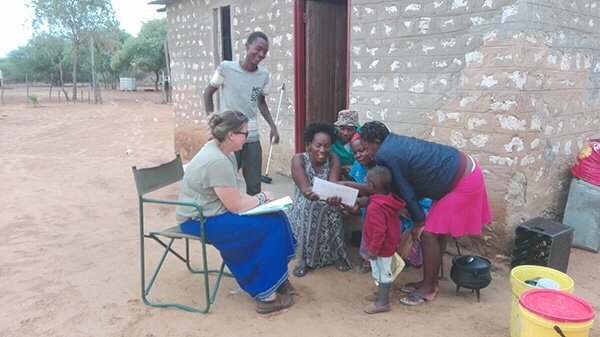 Cheetahs are the most endangered big cat in Africa. Over the past century their numbers have dropped by more than 90-percent. The most recent study estimates the remaining wild population of adult and adolescent cheetahs to be just 7,100.

The cheetah is built for speed. With a light-boned frame, long legs and a tail that serves as a rudder, cheetahs can reach speeds of up to 110 km per hour. Cheetahs can accelerate and change direction faster than any other land animal.

Ninety-percent of Namibian cheetahs live on farmlands and hunt by day, which makes them vulnerable to conflict with livestock and game farmers. Cheetahs live in low density over large home ranges covering areas on average of 1,500 km2.

In addition to human wildlife conflict, cheetahs are threatened by habitat loss and loss of prey throughout Africa. These problems are exacerbated by climate change.

Cheetahs are also threatened by the illegal wildlife trade. Each year, an estimated 300 cubs are poached in the Horn of Africa to be sold as pets on the black market (primarily in the Gulf States). Sadly, five out of six poached cubs die in the hands of smugglers.

Namibia has the highest number of cheetahs of any nation on Earth, which is why Otjiwarongo, the town where CCF is based, is known as “The Cheetah Capital of the World”.

CCF is a world-renown cheetah research, education and conservation centre open to the public 364 days a year. For a nominal admission fee, visitors can tour the facilities, participate in educational activities and see wild cheetahs in their natural habitat. Overnight accommodations are available for visitors who seek an immersive experience.

CCF has several publications for people who want to learn more about the species, including Chewbaaka, an illustrated children’s book; A Future for Cheetahs, a coffee table book with text by Dr Marker and photos by wildlife photographer Suzi Eszterhas; and CHEETAHS: Biology & Conservation, a comprehensive textbook co-authored and co-edited by Dr Marker and a team of international researchers. 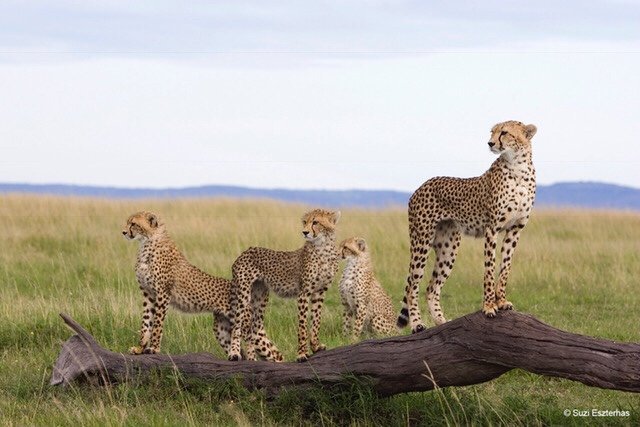 Cheetah Conservation Fund (CCF) is the global leader in research and conservation of cheetahs.  CCF is a Namibian non-profit trust dedicated to saving the cheetah in the wild. CCF believes that understanding the cheetah’s biology, ecology and interactions with people is essential to conserve the cheetah in the wild. The strategy is a three-pronged process of research, conservation and education, beginning with long-term studies to understand and monitor the factors affecting the cheetah’s survival. Results are used to develop conservation policies and programmes. CCF works with local, national and international communities to raise awareness, communicate and educate. Visit www.cheetah.org for more info.